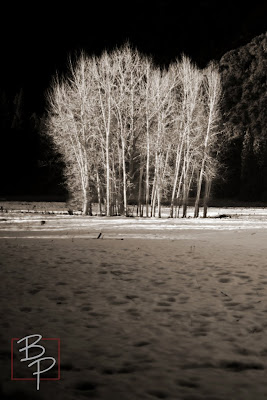 Our annual guy’s camping trip to Yosemite! We just got back Sunday night from our winter camping trip. This was started 8 years ago (yes that’s right – we’ve been going for 8 years in a row now!) – every year my college roommates and I venture up to Yosemite Valley for an extended weekend of camping, sledding, and hiking! As the years have gone by, we’ve opened it up for more and more friends and family to come along. Its still the same great UCSD alums, but we’ve branched out to include all walks 🙂
This year was awesome, as always. It was actually quite warm in the valley, which led to our lowest year in snow. That was kind of a bummer, but there ended up being some positives! It was really warm at night, so sleeping on the ground in a tent wasn’t as difficult as normal 🙂 Also, we got to do some hiking that we normally don’t get to because of the low snow pack.
Here’s the group that came this year: 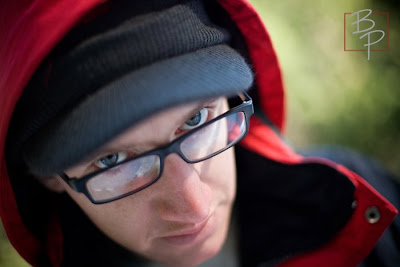 Does he need an introduction? The one and only Bronson Pate . . . . 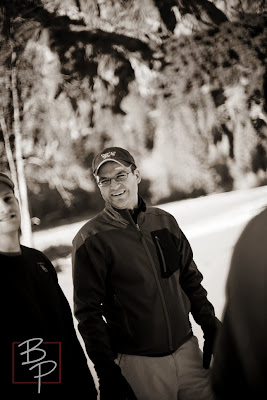 Tim – a friend of ours from Flood, the church I go to. 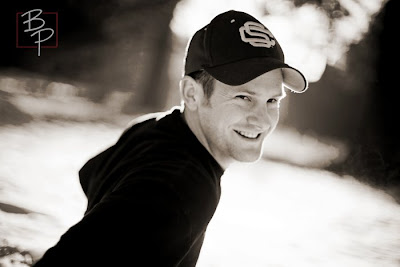 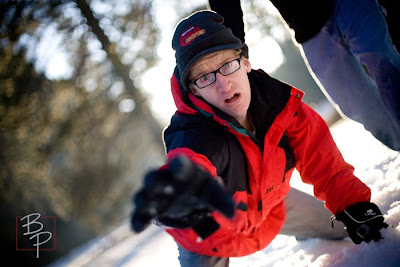 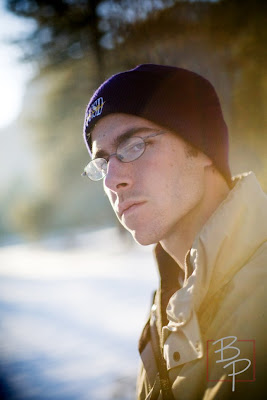 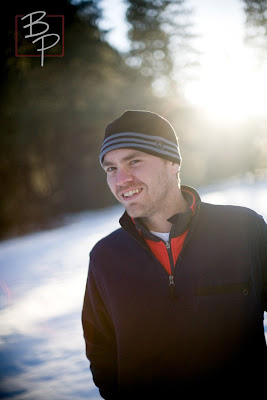 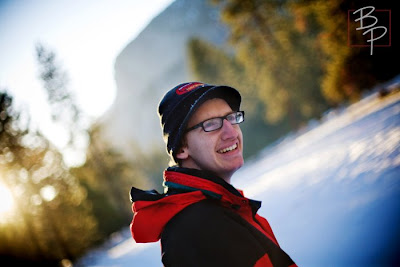 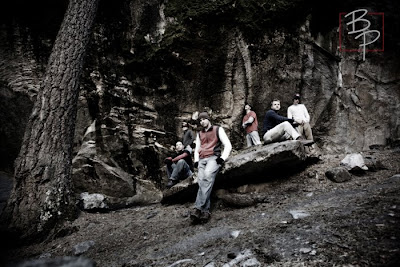 Our “band photo”. On the left is Tony, who is my girlfriend’s sister’s husband (do they have a term for that????). You might remember some super cute baby pictures I posted last year – he’s his father 🙂 Tony was awesome to make the trip down from Vancouver, Washington! 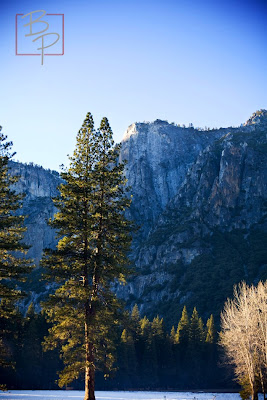 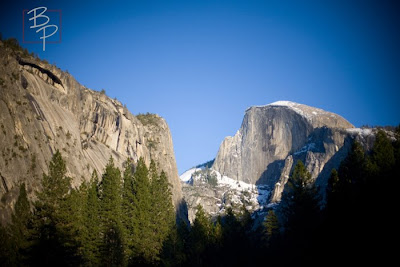 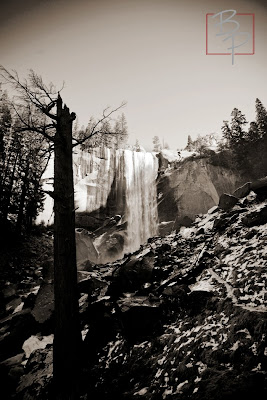 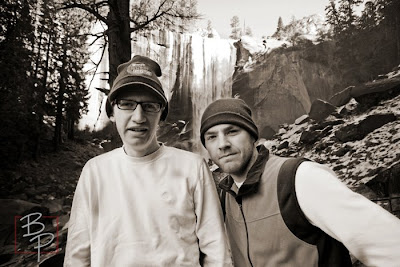 I had to post this one – Bronson’s lips were too chapped to smile all th
e way.
So, in the end, he just looks kind of funny 🙂 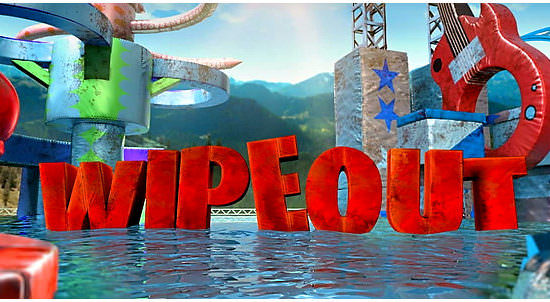