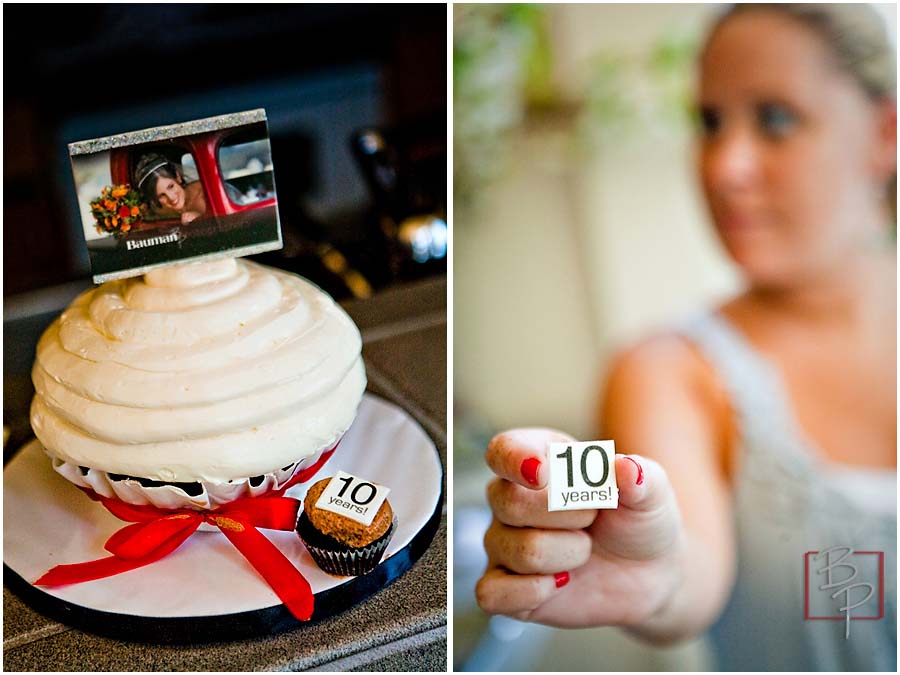 After our 10 year party we had so much pork left that we decided to stay in the studio and and make some tacos. It was awesome to just chill out in the studio instead of having to run around. It was specially awesome since we had ran around so much the previous days putting the party together.

Joe Park Wedding Cinematography put together some pork tacos for the party and he had a crock pot left over that he brought in to the studio.  The pork was very tasty and it made it better when you topped it with the spicy mayo like sauce.  I topped mine with some hot sauce since I like to make things spicy.

We also had cake!!  Sweet Cheeks Baking Company put together a cupcake tree for the party! We had not cut the big cupcake from the top of the tree so we cut it during Bauman Lunch.  It was the first time something delicious was actually kind of dangerous.  Check out the photos of Bronson and Jared cutting the cake below!

We can’t wait until our wedding photography studio celebrates its next 10 years in business. 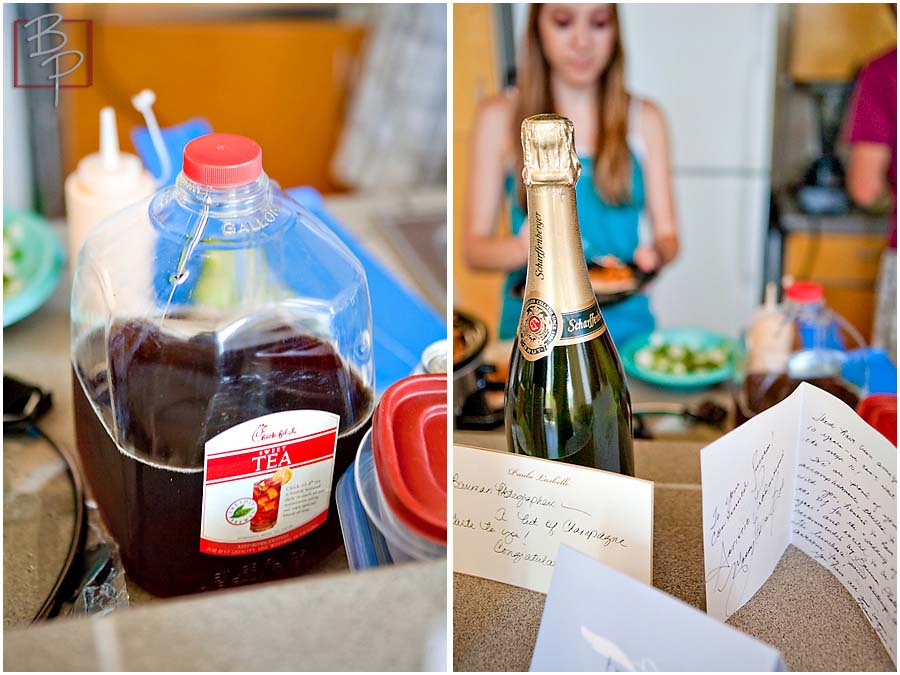 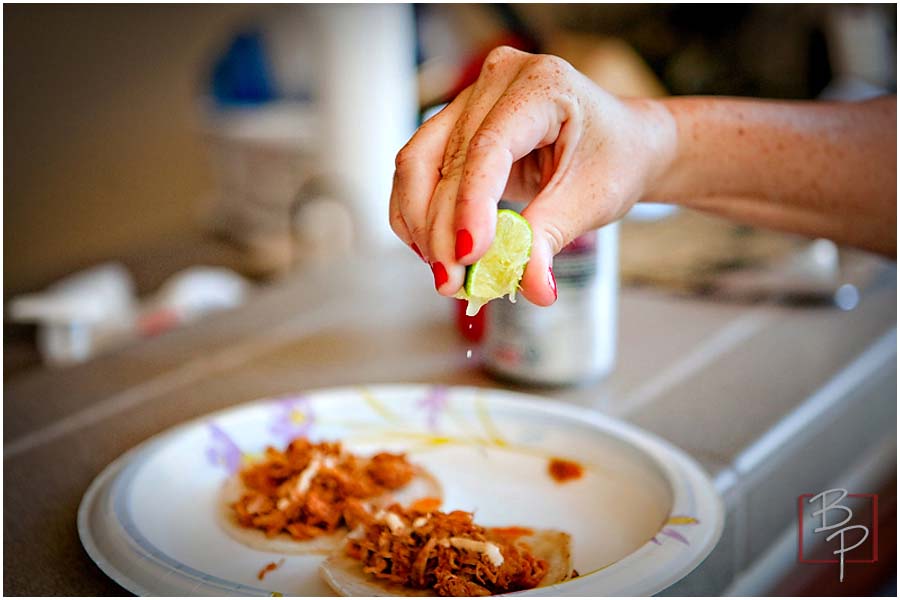 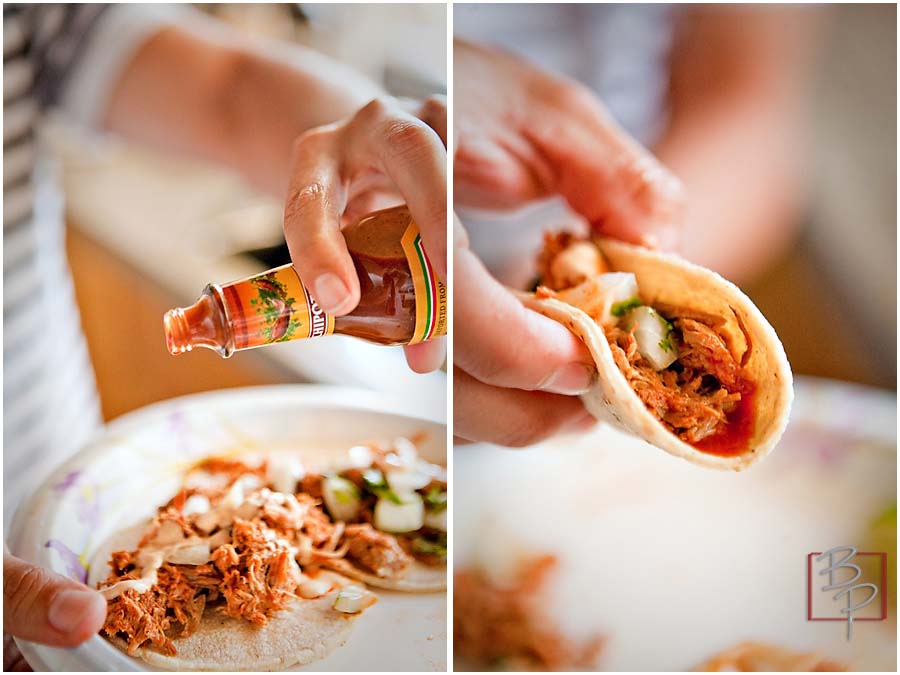 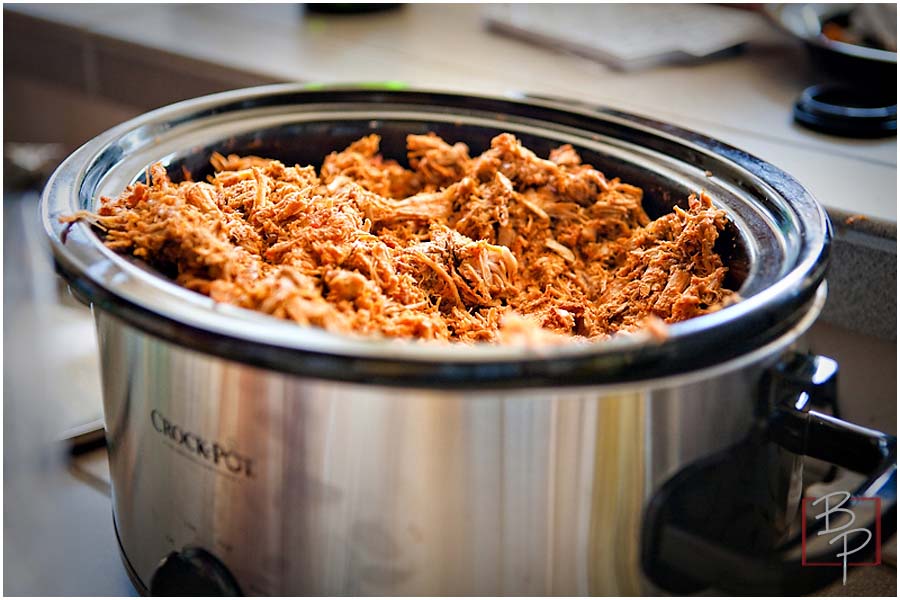 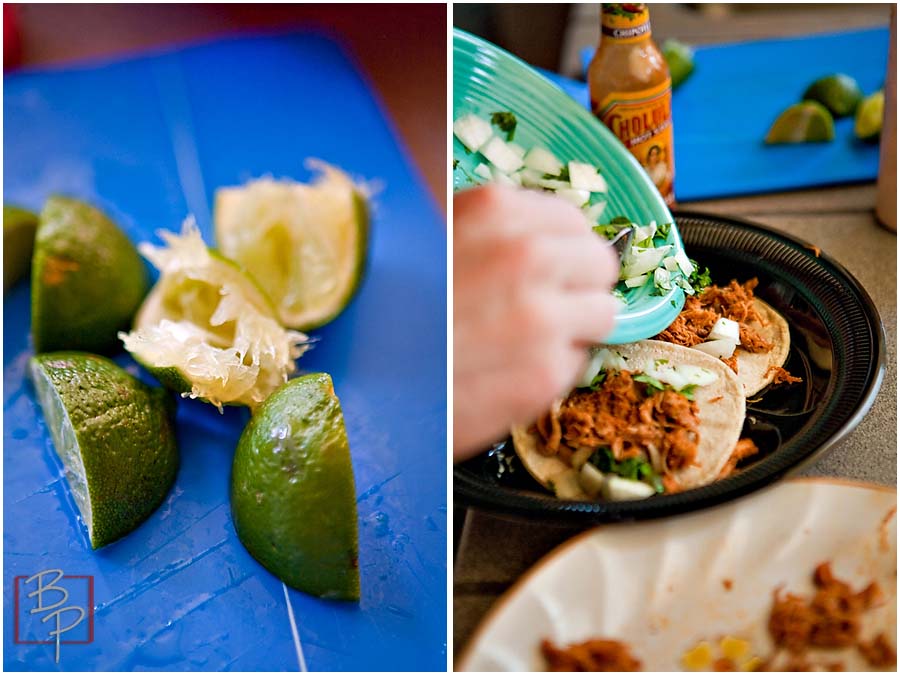 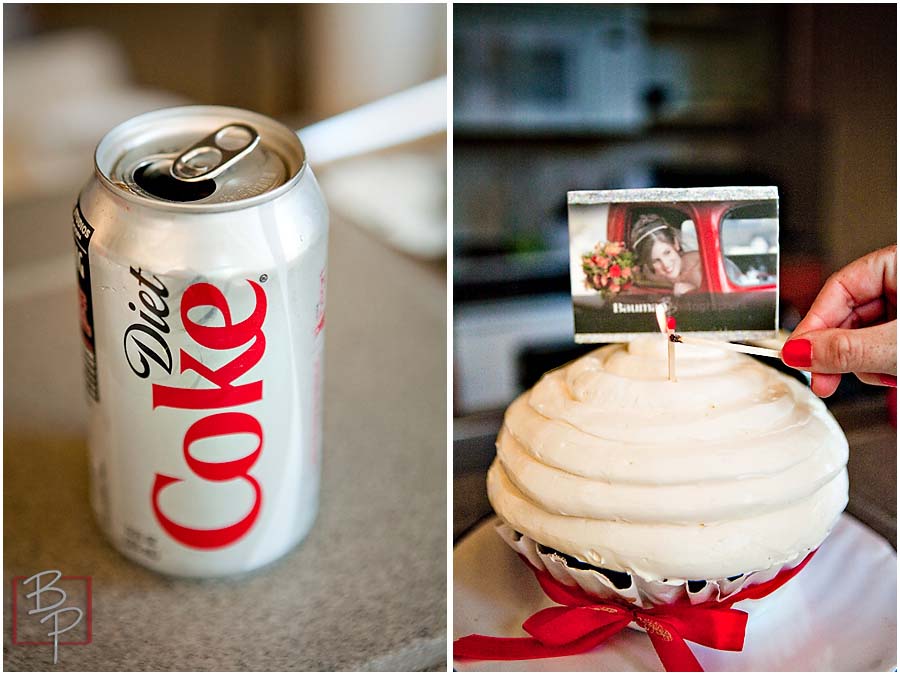 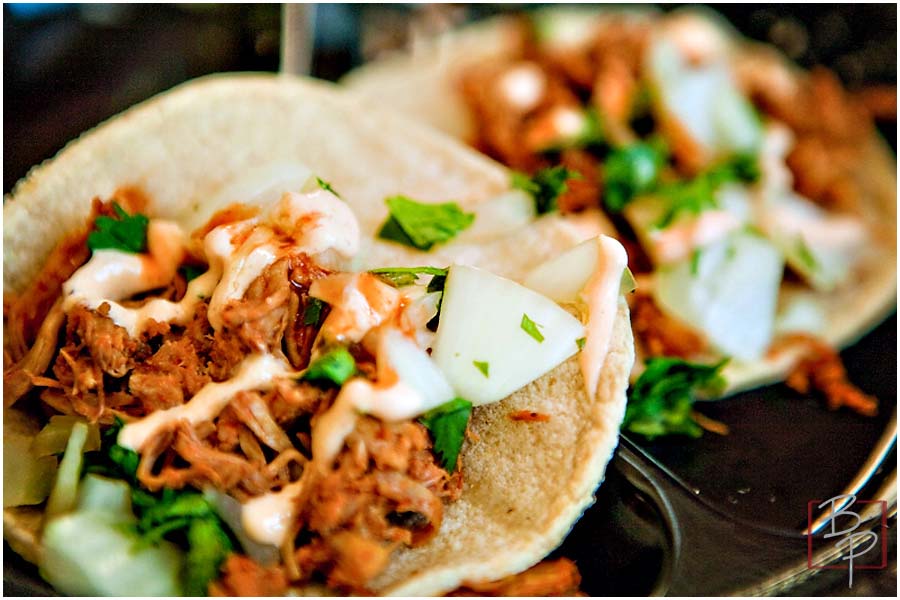 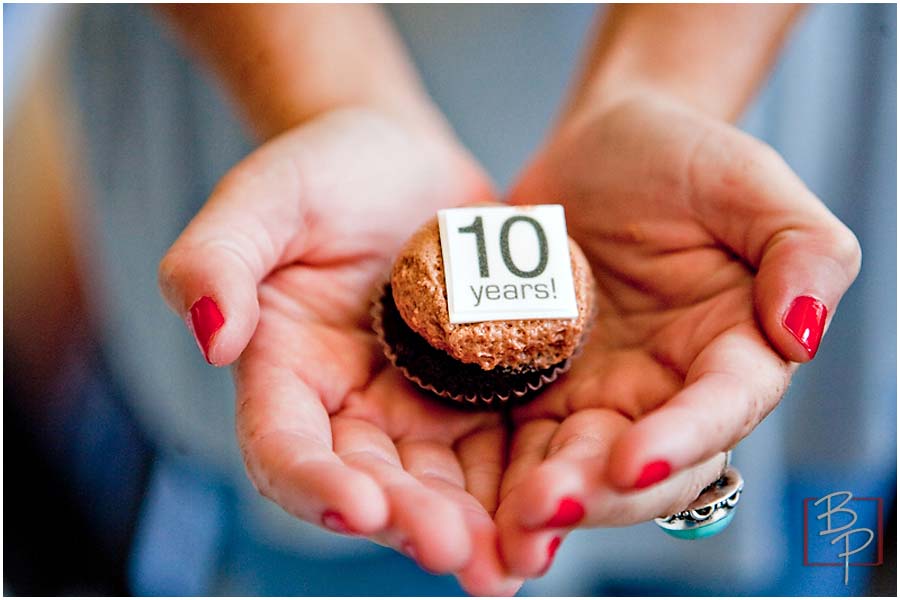 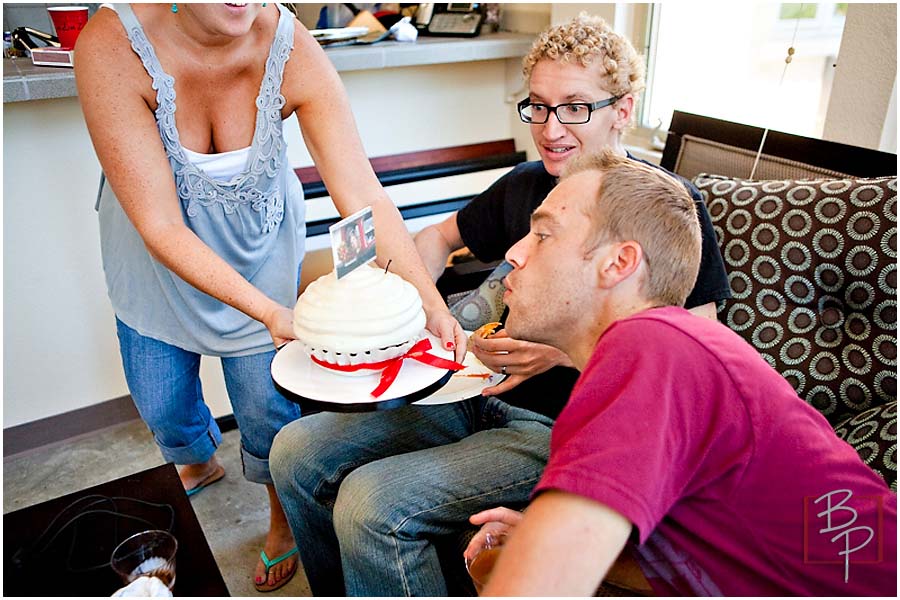 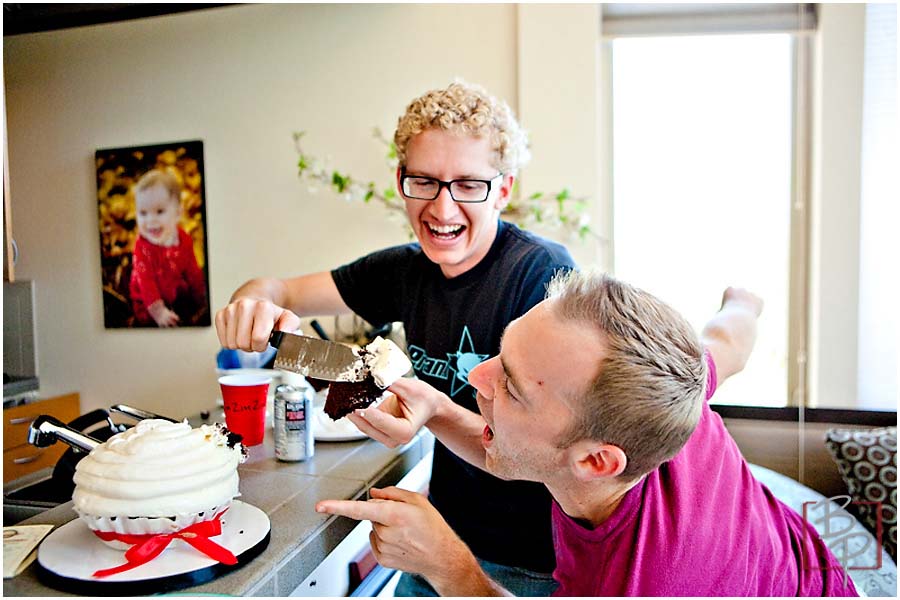 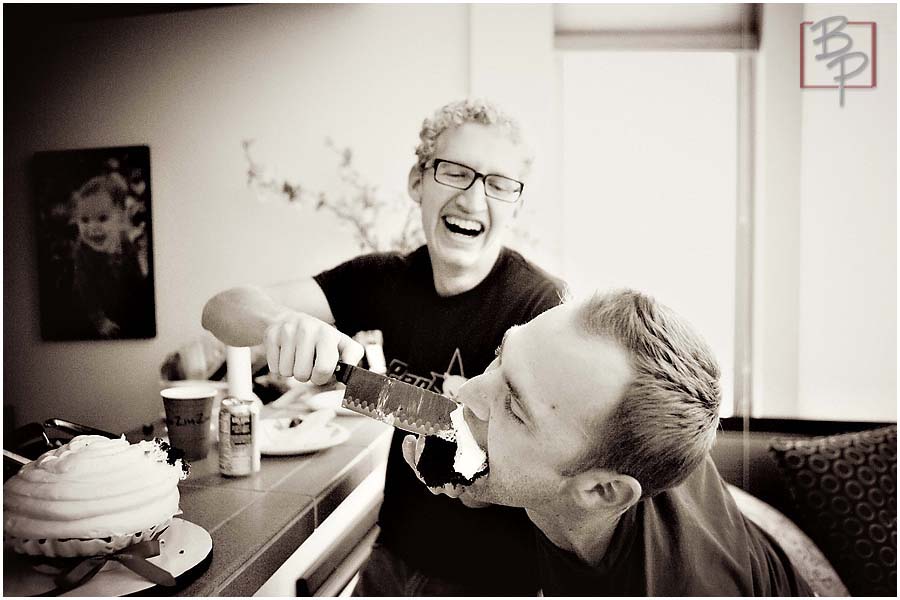